Case of CenterCredit Bank: how to avoid the survivorship bias when analyzing the performance-campaign using post-view data

One of the largest Kazakhstan banks had a task of increasing the issued consumer loans number. Here how this case was solved by bank managers with the help of newage. agency.

Home » newage.BLOG » Case of CenterCredit Bank: how to avoid the survivorship bias when analyzing the performance-campaign using post-view data

The first thing for bank managers to do was to take care of the “warm” audience – people, who already seek information about loans. For that ad campaigns in paid search ads were reviewed and strengthened. That allowed obtaining almost all traffic for the main search queries. Campaigns using the cost per click model targeting website users (remarketing) were also optimized.

After covering the “warm” audience further demand increase was possible using media advertising (video and banners). For maximal efficiency of these tools it was decided to use new, for the Kazakhstan, market tools developed by Google — Display & Video 360.

As a starting point, the target audience and its needs was defined in depth. Marketing messages were segmented for people who are looking for funds for:

Based on created audience segmentation videos and banners were divided into:

The results of such an approach became visible literally from the first week of its engagement.

Getting desired positive results could be the ending of this case. But managers understood that evaluation of video and banner campaigns only by clicks is not quite correct. While loan applications number increased, the received clicks conversions from media formats were not pleasing. Managers asked for newage. expertise.

From newage. we got a recommendation to add post-view data that was received through Google Campaign Manager. This solution allows using data from cross-device conversions in addition to cookie-matching (linking to an entry in the user’s cookies).

Initially, bank managers needed to understand the data structure and how the user generally interacts with the brand. To do this, we have studied how users behave after a click during the first, second, and so on days (after ad exposure):

Adding to the previous chart data on users who come to the website after ad exposure (post-view), we see a completely different picture:

Conclusions at this stage:

Moreover, in this advertising campaign, we also evaluated cross-device data. It was important for us to evaluate users who could see ads on one device, and make the final conversion on another. For example, from smartphone to desktop computer, and any other similar bundle. This is important, given that we used YouTube, which had a lot of ad servings in the app.

The post-view actions dynamics is very different from the dynamics of post-click. It is more smoothed, and, indeed, the user may be not immediately interested in the product/service and visit the website after a while. This is very relevant for banking services advertising.

The most interesting thing — a lot of data is good, but how can it be used and how can it help the marketer?

The conclusion we could make using traditional market analyzing methods for a media campaign, namely by click:

Here are the conclusions we were able to draw after Holistic Analysis with Display & Video 360 was connected:

So we disabled the first one and strengthened the last one.

It is also important to evaluate YouTube. If this platform is considered using a standard approach through clicks, it may seem that its use is ineffective. The reason for this is the high percentage of video views on YouTube in the mobile app. As a result, it is not possible to link the user’s video viewing with his further visit to the website via the browser on their smartphone or desktop.

But if we add to the picture the data from Google Campaign Manager, which can track user interactions across different devices (cross-device), we can see that our placements on YouTube are not inferior to a number of banner placements, and even surpass some of them in terms of conversions percentage.

We were able to make significantly more conclusions and insights using this data. We could determine the effective frequency, the conversion chain, which channel was used for this media long tail to return, and much more. 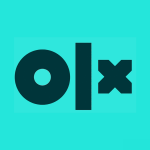 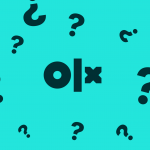