newage. » Blog » ASO Audit: Be Sure to Check These Fields

ASO Audit: Be Sure to Check These Fields

Using the example of an ASO audit for a fintech client, we tell you what to check in your apps on Google Play and the App Store

Usually, ASO specialists work with Google Play and the App Store, but improving the description of a game, for example, in STEAM or the Microsoft Store, is also included in the term “ASO”.

We’ve had experience auditing ASO for a client with smartphone apps, so we can share our experience on what to check when listing apps for the App Store and Google Play.

We studied the relevant instructions and divided all elements of card design into “critical” and “non-critical”. Those that directly work with the store’s built-in search engine were classified as critical, and those that affect the user and his decision to download the application when it appears in the search were considered non-critical.

Let’s take a look at the critical factors for app ranking.

Visual elements of the app card that affect its conversion into downloads.

Typically, developers make a sample of, for example, 10 keywords and research their popularity and conversion rate. The more useful a word is, the higher priority the field should be. For example, if we have already written “deposits” in the name, then there is no need to add “deposits” to the remaining fields – the store has already understood that you offer such a service. Let’s visualize the priority of the fields, relevant at the end of 2022:

How it works: we have a dozen important keywords that we distribute, without repeating, in critical fields. Next, let’s see what it looks like

In the app name, the client used 23 of the 30 header characters, meaning 1 more keyword could have been added, which could have brought the client up another query cluster. This field should be filled to the maximum.

Also, the client didn’t have App Subtitle filled in, even though it’s a key ranking factor. We have recommended filling it with keywords.

The service field for keywords at the client was filled, but there was still a field for optimization. The customer filled this field with plural words and put optional spaces after each comma. If you remove the spaces and make the singular of the word, you can make room for a few more keys. The App Store is smart enough to suggest “deposit” to a user who searches for “deposits,” so wasting space typing in the plural isn’t necessary.

In matters of rating and reviews, the client had good examples of handling negativity when developers responded to user comments. We recommended that you respond to all negative feedback and continue to do so regularly. After all, if a person sees negative reviews without any reaction, he is unlikely to want to be one-on-one with bugs, without answers from developers.

Another field for working with reviews is encouraging users to give the application good ratings. You can embed in the software a request to rate the store, or conduct certain marketing activities that would stimulate users to write reviews.

Also, if we were talking about a new developer who is just bringing a product to the market, we would advise to indicate the type of activity in the name of the developer, but it is impossible to change the already existing name.

In the illustration below, we have presented a decomposition of what the visuals look like.

Here the client had no critical errors, but we noticed and suggested several possible points for growth.

The first tip is to customize the app icon for holidays or bright advertising campaigns to test how the changes will affect conversions. This is a universal recommendation that you can use in the near future: check the impact and click rate of adding a red Santa hat or a green Christmas tree to the logo in the App Store – maybe after a series of experiments you will decide to change the corporate colors altogether to those that will work best with your audience.

The same applies to screenshots – change at least some of them when you upload a new build, and this way you will gradually crystallize the ideal format of screenshots for your product.

The description seems to be the most delayed part of the app card: keywords from it do not rank, and visually, the screenshots are much brighter and more expressive. With all that, this is a good opportunity to explain your product to users, tell about the advantages and opportunities it offers. In addition, this text will be quoted by journalists and bloggers when they decide to include your product in some listicle.

In Google Play, unlike the App Store, the client used the entire character limit in the title. But here too there is something to improve. For example, we found that the keyword “Quick Loans” generates more traffic than “Fast Loans”, even though the latter is in the title. Therefore, it is worth swapping these keys and putting the most effective option in the header.

In the short description, the client organically entered keywords (if it is done inorganically, the store will not miss such a description, up to the ban).

In the full description, the client also detailed the features and benefits, but here you can also optimize the text from the point of view of entering keywords. For example, the name of the brand, was found in the description more than 12 times, besides it was in the name of the application and the developer. Search engines can be critical of such a number of repetitions. Our recommendation was to use different key word forms instead of repeating the same word multiple times. In any case, you should not repeat the key more than 6 times – it will be excessive.

On visuals, our recommendations matched those for the App Store: test different graphical approaches to logos and screenshots, and treat reviews carefully, especially those with less than 5 stars.

In Google Play, it is even more convenient to test design approaches than in the App Store, because here you can change elements at any time, and not only when updating the application, as is the case with Apple devices.

In 2023, Google offers users three web analytics systems that allow them to explore user behavior on your site and

How to Advertise during Christmas: tips from Google, Meta, and Spotify

Marketers are always trying to find non-standard solutions, how to create a creative strategy, how to optimize a campaign so 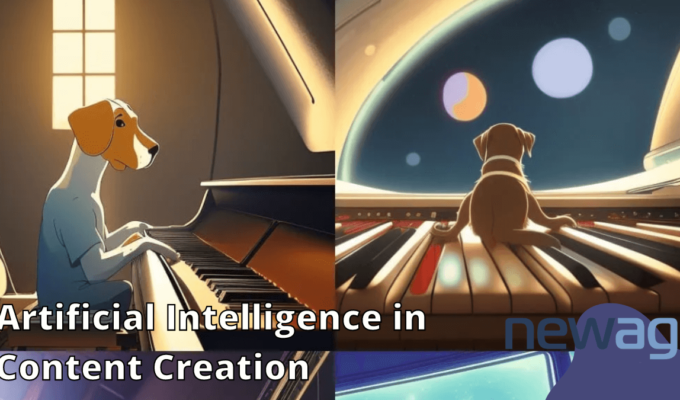 In this article, we will talk about AI in the field of content generation. We will look at what artificial