Background De-facto, Bodo was the only big player in experience gifts category in Ukraine, however, the category itself was still

De-facto, Bodo was the only big player in experience gifts category in Ukraine, however, the category itself was still in its infancy and was undergoing initial growth phase, which was too slow.

We needed to evaluate how the ad campaign impacted audience behaviour and provide data which would reflect how effective the ad exposed audience compared to the regular users (control group). Secondly, we wanted to understand which traffic channels were influenced by the ad campaign the most

We decided to collect data from Bodo’s CRM to have an understanding of regular user performance and compared it to floodlight data from Google Campaign Manager on ad-exposed website visitors using Google BigQuery. This way we were able to compare ad-exposed and control groups of users for each traffic channel.

We were able to measure the ad campaign’s effectiveness for every traffic channel and audience segment. This allowed to set the standard of ad campaigns efficiency for Bodo and highlight the most lucrative traffic channel. We’ve identified that ad-exposed users who visited the website via paid search were converting at a 34% higher rate compared to the users that didn’t see the ad. 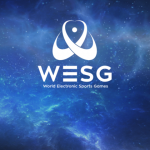 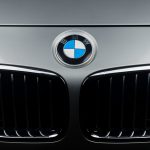